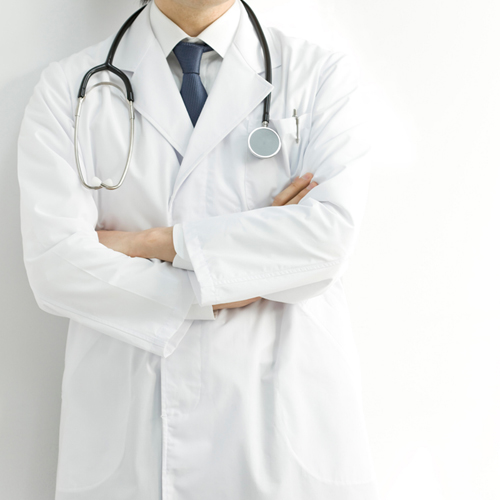 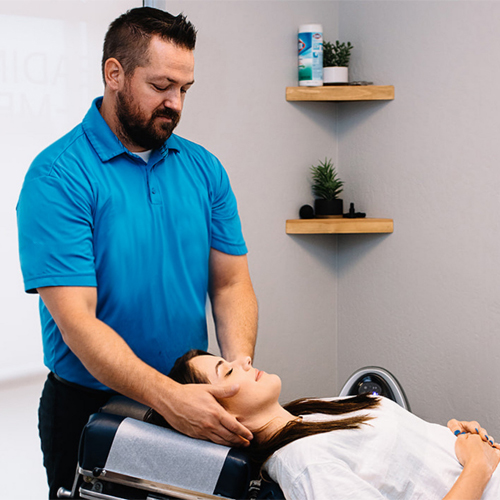 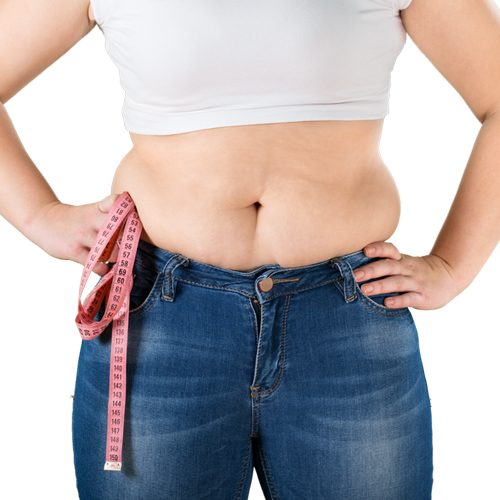 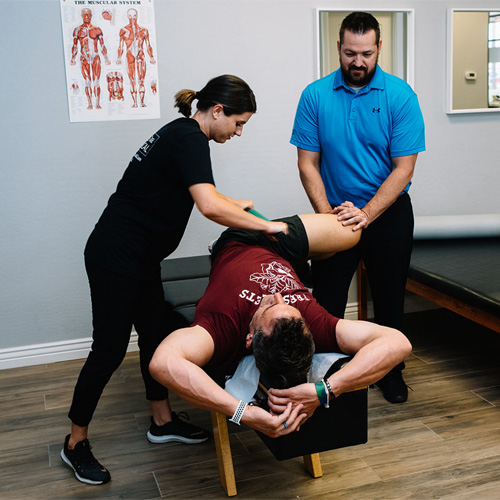 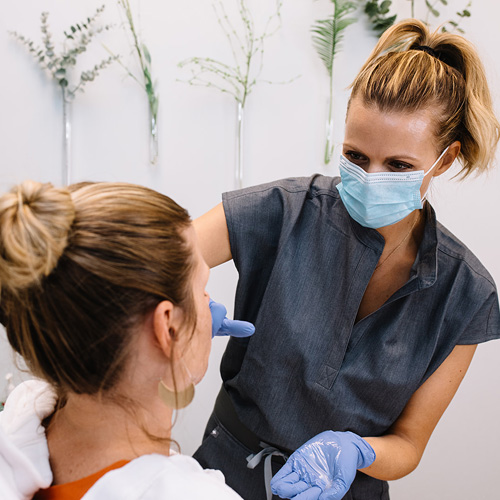 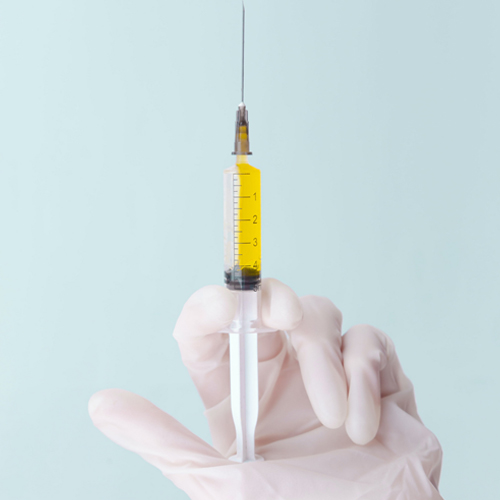 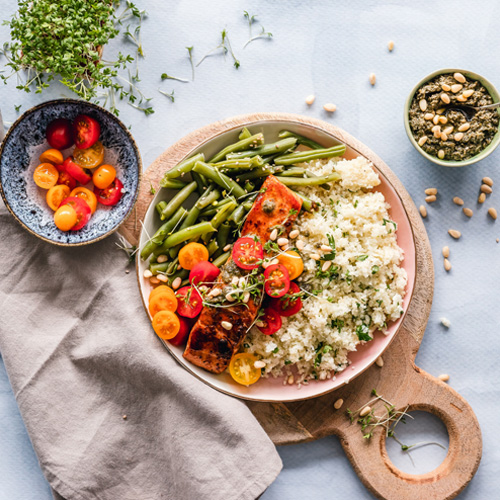 Our nurse practitioner can evaluate you for all your medical needs or refill your prescription. We strive to treat the whole patient and not just your symptoms. Blood work and allergy testing may be obtained for a whole picture of what is truly happening in your system. Supplements may be prescribed with medications to encourage your body to heal itself, instead of an endless cycle of drugs. Our nurse practitioner also does joint injections, IV therapies, comprehensive blood work, hormone and allergy testing.

Dr. Johnson has been a chiropractor since 2008. His approach is gentle yet firm. Patients who are “difficult to adjust” will find Dr. Johnson is a perfect fit. He works well with patients who haven’t been able to be adjusted before, or patients who just don’t like to be adjusted because they find it uncomfortable with previous chiropractors. Dr. Johnson adjusts, elderly to infants, petite to large and even has a number of other chiropractors as patients. He uses his own technique based on years of experience and listening to patient needs. Dr. Johnson treats patients based on needs and there are no long-term programs or up-front packages. Patients make their own appointments based on recommendations without the uncomfortable pushy approach you may have found in other offices.

Day in and day out we hear the same story from men and women. Why is it so hard to lose weight? As we age and stress takes a toll on our bodies, cortisol levels rise contributing to weight gain and a number of other health issues. We don’t take a single approach to weight loss. Blood work and hormone testing may be obtained in order to get a baseline of where to start. Supplements may be prescribed to get your body in balance. A number of different modalities may be used:

We take a full body approach when it comes to your care. Often times you will need exercise and stretching with your chiropractic care in order to prevent from re-injuring yourself. Not only will you receive chiropractic care, but other therapies as well. Stretching and exercise are important in getting the most out of your adjustment.

Not everyone wants botox and fillers to solve the inevitability of aging.  We’ve designed treatments successful in helping your skin rejuvenate without harmful or synthetic injectables. A great alternative to toxin injections and fillers, or can be used in conjunction with to give your skin a healthy and natural look. Our RN is trained in using PRF, microneedling, plasma fibroblast and chemical peels to give you a natural, healthy glow. If you would like to book an appointment for skin or hair rejuvenation please visit her site at www.theskinwitchrn.com.

Platelet concentrates have been utilized in medicine for over two decades because of their ability to rapidly secrete autologous growth factors and ultimately speed wound healing. Initial attempts were first made using anticoagulants resulting in PRP. Later, protocols were developed with the aim of avoiding the use of anticoagulants because clotting is pivotal during the wound healing cascade. The resulting biomaterial is called PRF. Today, platelet concentrates have become incredibly relevant worldwide with their use spanning across nearly every field of regenerative medicine.

Unlike the majority of biomaterials currently available on the market, PRF actually contains each of these three properties.

The process for collecting PRF is simple. We first draw your blood and then spin it in a centrifuge. The blood is then separated into a plasma layer, rich in platelets and leukocytes, and a blood layer with the majority of red blood cells. The plasma layer is drawn out and then injected into the desired tissue by our on-staff nurse practitioner.

PRF is often preferred over stem cell due to its affordability and the appeal of it being autologous (from your own body).

At Leading Edge Medical, we use Regen stem cells which specializes in using Mesenchymal Stem Cells (MSCs) which are sourced from donated umbilical cord blood, bone marrow or adipose fat tissue (whether it is from the patient or a donor); and we do not obtain stem cells from embryos.

Stem cells are directly injected into the affected area (e.g. knee, hip, shoulder), it will be carried out by our NP so you can rest assured that you are in good hands. The direct injection method ensures that there will be a high concentration of stem cells to repair the injured body part effectively.

A huge part of our overall health is eating the right foods at the right times. We offer nutritional coaching for clients wanting to lose weight or just wanting a more healthy lifestyle. Our coach will tell you exactly what to eat each week, taking out the hardest part of trying to lose weight. We can also do food allergy testing in conjunction.

Our NP or RN can deliver IV nutrition or just hydration. Oral supplements can sometimes only absorb in the body at 15-20%. IV delivers hydration and vitamins to immediately hydrate you and give you 100% absorption.  We infuse cocktails of Antioxidants, vitamins and minerals to give your body the boost it needs to get you on track to better health.

Spinal decompression is a type of traction therapy applied to the spine in an attempt to bring about benefits including: Creating a negative intradiscal pressure to promote retraction or repositioning of the herniated or bulging disc material.

Platelet-rich plasma (PRP) therapy uses injections of a patient’s own platelets to accelerate the healing of injured tendons, ligaments, muscles and joints. In this way, PRP injections use each individual patient’s own healing system to improve musculoskeletal problems.